The coronavirus and the effect on the Bulgaria real estate market

The real estate business by the sea is strongly related with the upcoming summer season. As it turned out, the summer season 2020 will start - even later and with not very optimistic forecasts. On the other hand, the fall of some of the previously introduced anti-epidemic measures also removed the formal barriers for real estate market participants. This logical scenario gives a ray of hope to those employed in the sector not only at sea but in the country as a whole.

In a situation of economic crisis, one of the most risky sectors is investment. It would be logical for the construction business, as a typical investment business, to be among the most vulnerable in the sector. The complex set of economic factors is expected to reduce the prices of the newly built real estate in the country and especially in the central cities, where prices per square meter are unrealistically high.

Instability in the banking system, the rising unemployment rate, which in turn affects the solvency of the population, are largely responsible for the negative trend. That was expected after the Covid-19 crisis, as the trends in the global real estate market directly affect the real estate market in our country.

The prices of the properties on the Black Sea coast, in particular the so-called secondary market / resales by Russian and English owners / remain unchanged, due to the initially low and favorable prices. Sunny Beach continues to be a leader on the market with the cheapest apartments and properties.

30.7% is the decrease in real estate sales compared to the same month last year.

This is shown by the data from the Registry Agency for the period March-June 2020. The smallest decline is observed in the capital, and the largest: in Stara Zagora. The two large sea cities of Varna and Bourgas are moving around the national averages. For example:

- in our sea capital Varna the data shows- for April 2020 (the first full month in a state of emergency) 604 contracts for real estate sales have been signed. The same month last year there were 1,092 sales. This is decrease with 488.

Because of the uncertain situation with the Covid-19 and the expected weak summer season no long-term forecasts in the sector can de done.

Although the measures are easing, and from June 15 Bulgaria is expected to come out of the sanitary state of emergency, there are no definite long-term forecasts on how the real estate business in Bulgaria will develop.

The lack of foreign tourists, who are among the main buyers of such properties  also has a negative impact.

However, there is an increased interest of domestic buyers to the offered holiday properties in Burgas and our southern Black Sea coast, which is the reason for building a sustainability in the sector for the last two years. 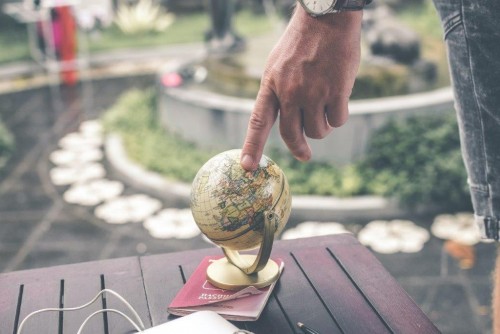 2006-2022 Properties Contact real estate agency.
The company is registered as a Personal Data Administrator under No. 322001 at the Commission for Personal Data Protection.