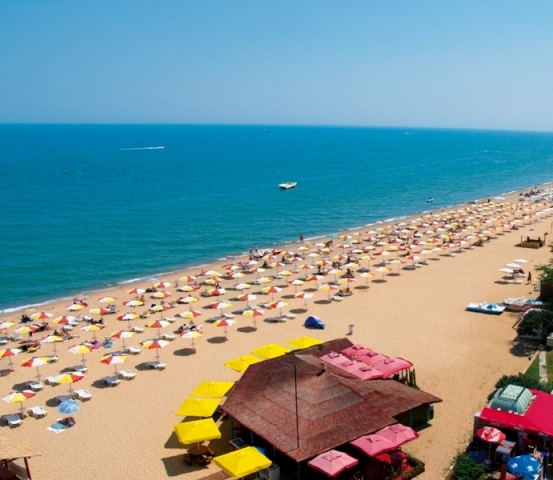 The seaside resort town of Kiten is situated in the southern part of the Bulgarian Black Sea coast, 55 km south-east of Bourgas and 5 km from the resort of Primorsko, Lozenets. The city is located a bit north of the river Karaagach, a small part of it - on the peninsula Urdoviza. Kiten is one of the most beloved and popular seaside resorts of the Bulgarians and tourists from abroad.
Kiten Settlers from Odrinska Thrace / European part of Turkey / in 1932, but its historical roots to be found in antiquity. In the vicinity of Kiten can see the remains of the fortress Urdoviza. Urdoviza name came from far to the Bronze Age, when there was a Thracian settlement.
In 1931, the peninsula Urdoviza the first settlers arrived, attracted by its favorable location and rich pastures. Under the program, the Frenchman Rene Sharon were built 14 small houses, which from a distance looked like inflorescence / Kitka /, so that in 1932 the village became known as Kiten - a picturesque, elegant.
Kiten summer turns into a true paradise, with long beaches with fine golden sand, calm sea, beautiful views of the mountain range of Strandja. In Kiten several mineral springs with a great drinking water, shady park area with coniferous and deciduous trees. Kiten guests have the unique opportunity to combine a seaside holiday with visits to the nearby nature reserve "Ropotamo" and camping trip among ancient oak and beech forests of Strandja. The Bulgarian government has paid much attention to the protection of natural resources of the area, its unique flora and fauna. And if everyone who visits these places will make its small contribution to this noble cause, keeping clean and tidy, our descendants will be able to enjoy for many years that gave us the beautiful nature of the southern Bulgarian Black Sea coast. 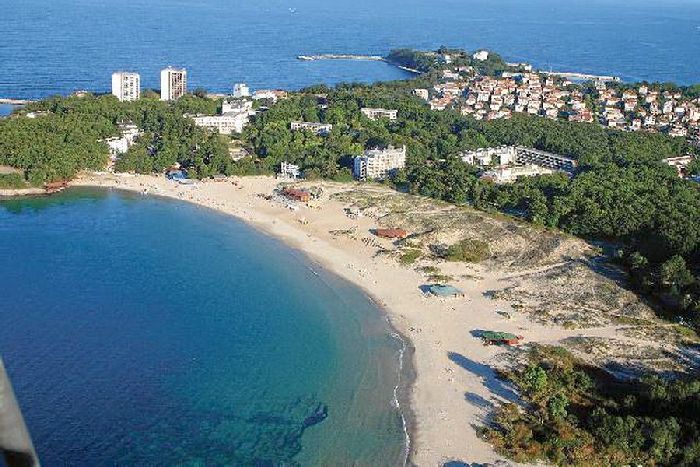 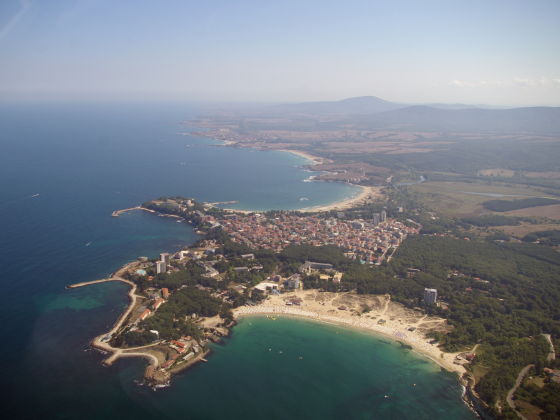